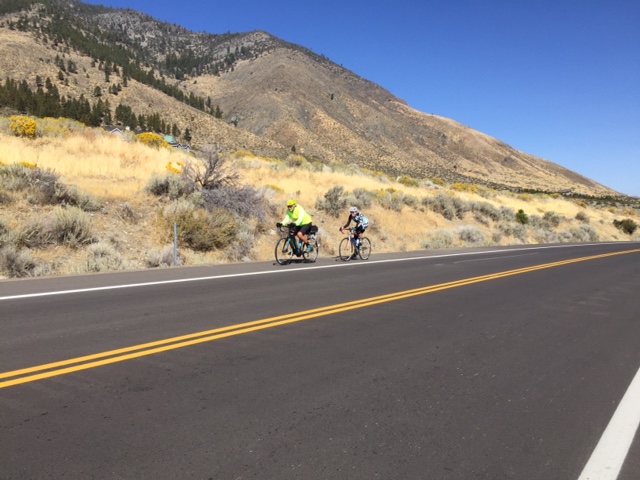 I am not only a recreational cyclist; I am a hardcore cyclist — and I bought an eBike this year.

Since 2010, I’ve been leading tours for Adventure Cycling. I’ve lead and staffed over 20 tours and I’ve ridden the entire Pacific Coast route not once, but twice. I’ve commuted to work by bike for 40 years, and my longest commute was 32 miles one way. Why did I pick up an eBike?

All the traditionalists out there will surely be shunning me, but hear the rest of my story. I turned 70 this year and had a complete knee replacement surgery that was not successful. I developed patellar clunk syndrome, meaning every pedal stroke caused an awful sound. I actually quit riding because I couldn’t stand the noise, and going up hills was painful. Another surgery downgraded the clunk to a click, but during that time, I became depressed about the loss of enjoyment of my lifelong hobby.

That’s when I started researching eBikes. A good friend of mine owns a bike shop and ordered me a Giant Road-E+ to try for a couple of weeks with one condition: keep a log.

Day one: I picked up an eBike today for a trial experience. Heavy! It was a chore loading it on my bike rack. Not feeling positive at this time.

Once I started pedaling, I couldn’t believe the boost I received. I felt like I was 30 years old. Given my knee problems, it was fun riding a bike again. The bike handled very well. On the flats and going downhill, I turned off the power, but riding up hills, when I started to strain, I put it in low-power mode, then medium power. I never needed full power while I was riding up hills.

Day two: I rode from my house to try a long pull up Mount Rose, approximately 2,000 feet. Going up was really nice and I added power as needed, making it much easier on my knee than a regular bike. I used 35 percent of the battery power riding approximately 10 miles uphill. I would not want to run out of power before the ride or day is over. Trying to ride the bike up a hill without the boost would be difficult. 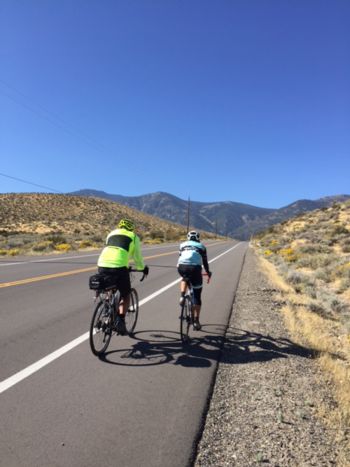 Overall, very satisfied … with some concerns. I definitely need to research racks and bags to carry some gear.

Day three: I rode the hills of Galena, which is a lot of climbing (2,700 feet). It took about an hour, much less than normal, and I used the normal mode most of the time.

A plus is that you would go on rides you would normally not do because of heat or wind. I can see doing errands, and I think I will ride more with an eBike and use it when I might have used a car in the past. Very happy — buy it and have some fun!

After a great week of test rides, I kept the bike and totally love it. It has opened up a completely new and different world of cycling.

Since that first week, I have ridden nearly 1,000 miles on all types of terrain and climbed all the mountain passes in the Reno Tahoe area. I have ridden a couple of metric centuries with plenty of battery power in reserve. I have ridden with people I quit riding with because I didn’t want them to wait for me. One of those friends is 56 years old and a nationally ranked road cyclist. Two years ago she set a record in the RAAM with her Bike Like a Girl teammates. She is a top cyclist, and I can now ride with her and her husband with no waits at the top of the mountains.

For all of us cyclists out there who can’t ride with our friends or spouses, there is now an answer. For all of us baby boomers who are starting to slow down and not doing as many challenging rides, there is now an answer! I recently met a 78-year-old couple riding eBikes while finishing a 68-mile ride on an Adventure Cycling tour. I asked them if they needed a shuttle to their motel five miles away, and they declined because they had plenty of energy and power left at the end of a long, hot day. It works for them and it works for me!

I hope you’ll join me this year with your eBike — I’ll be on the Minnesota-Wisconsin Rivers and Trails Tour this summer and the Sierra Sampler in the fall! If neither of those work, check out Adventure Cycling’s other eBike-friendly tours!

ON THE ROAD is written by the tours team— Paul, Mandy, Emma, Mike, and Arlen — tours specialists and intrepid bicyclists, helping you bring your cycling dreams to fruition. Check out our 2018 Guided Tourstoday!

There are no ads matching your search criteria.

The ELF by Organic Transit

The ELF by Organic Transit

The PEBL by Better Bikes

The PEBL by Better Bikes

Trikes for Vets – Forgotten Not Gone